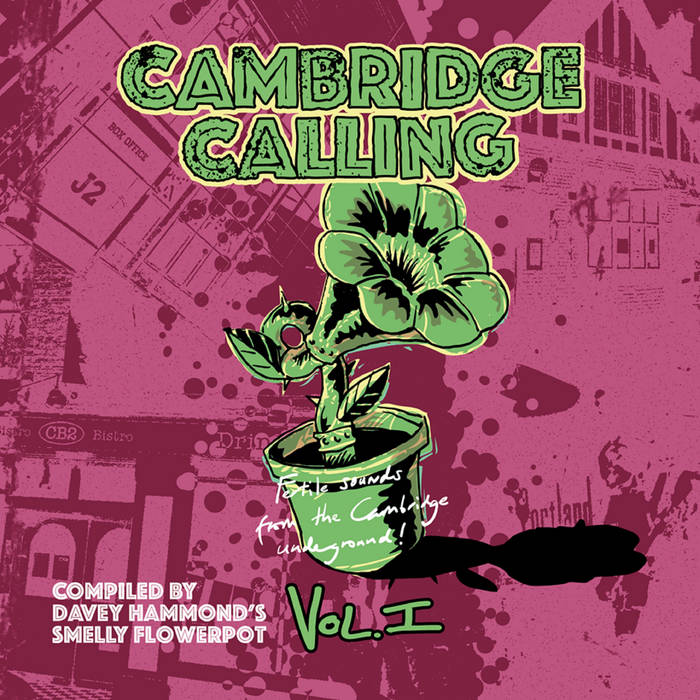 This is the first in a series of compilations of emerging artists from Cambridge which has been curated by Dave Hammond whose fortnightly show on Cambridge 105 Radio, The Smelly Flowerpot, is a mainstay of the cities music scene. Such is the current scene in the Cambridge area, there are already enough tracks donated for a second compilation.
Aside from putting some superb music out there, the aim is also to raise money for deserving charities. For volume 1, the participating bands have nominated the Arthur Rank Hospice, which is dedicated to providing specialist palliative care and support to adult patients and their family, friends and carers.
What started out as a vague idea to pull a few tracks together soon snowballed into the current multi genre epic, fired by the enthusiasm of the artists involved. The more the perpetrator scratched at the surface of the local music scene, the more it became apparent how much excellent music was out there.

The diversity of the music is impressive, covering rock, hip hop, folk, indie, punk, psychedelia, pop, jazz, Americana, garage and electronica with nods to all eras of popular and contemporary music. Artists range from those in the first flush of youth and already developing sounds that bode well for the future to more experienced souls continually developing their craft.

For around the price of a couple of pints you can have a lasting legacy of the flourishing scene in a City as diverse and thrilling as the music it has inspired, while at the same time providing some much needed funds for a very deserving local charity.

Greater Manchester Based independent, not for profit, record label offering a variety of eclectic music for your listening pleasure

Different Noises For Your Ears.

Bandcamp Daily  your guide to the world of Bandcamp